YPIN is a network. Networks work best when their members actively contribute to their success.
YPIN is based on an interactive webpage and mailing lists which are platforms to facilitate communication and coordinate new activities. The regular activities are two recruitment weekend seminars in Falenty and the Annual General Meeting (AGM) hosted in different Polish cities.

YPIN members are often invited to seminars, workshops and conferences by our partners. Informal meetings of smaller numbers of YPIN members take place regularly in various parts of Europe. 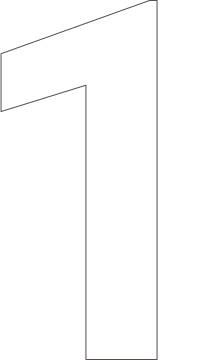 2017, Wroclaw/Kreisau
The 15th Annual Genaral Meeting took place in Wroclaw and Kreisau on 23-25 June 2017. Our leading theme "Quo vadis, Europa? Scenarios for the EU after Brexit" was discussed in a panel debate at the historic Oratorium Marianum of the University of Wroclaw with Wojciech Przybylski, Editor-in-chief Visegrad Insight and Chairman of the Res Publica foundation in Warsaw, Miriam Lexmann, Director of the EU Office of the International Republican Institute in Brussels, Christian Davies, Correspondent with the Guardian based in Warsaw, Natacha Faullimmel, Policy Assistant at the European Political Strategy Centre, and moderated by Katarzyna Sobieraj, Head of Office and Advisor for Foreign Affairs for MEP Bogdan Zdrojewski, Speaker of YPIN. Our media partners were Euractiv.pl (www.euractiv.pl, @EurActivPoland) and Katoikos.eu (www.katoikos.eu, @KatoikosEU).

2016, Cracow
The 14th Annual Genaral Meeting took place in Cracow in Przegorzaly-Castle on 20-22 May 2016. Our motto: European Union on Fire – Faces of European Crisis – Polish and European Realities. Our speakers were Malgorzata Bonikowska, Boguslaw Sonik and Marcin Żyła. The event was held under the patronage of the Embassy of the Federal Republic of Germany in Warsaw.

2015, Cracow
The 13th Annual Genaral Meeting took place in Cracow in Przegorzaly-Castle on 29-31 May 2015. This year we focused on Ukrainian crisis and discrimination. Our renowned speakers Klaus Bachmann and Rebecca Harms led a very passionate and touching discussion about Ukraine. All the aspects of discrimination were the topic of discussion between Monika Płatek and UK ambassador Robin Barnett. We have been also visited by the members of Toenissteiner-Kreis.

2014, Gdansk-Wyspa Sobieszewska
The 12th Annual Genaral Meeting took place in Gdansk-Sobieszewo on 6-8 June 2014. The sessions focused on the two topics: 1) "Museum – can we call it the 10th Muse?” and 2) “The Muse of memory and national identity. Women of Solidarity – Motivation of Women to Solidarity". The event was held under the patronage of the Mayor of Gdańsk - Paweł Adamowicz.

2013, Sobienie Krolewskie
The 11th Annual Genaral Meeting took place in Sobienie Krolewskie (near Warsaw) on 14-16 June 2013. The motto of our event was "Brave New World (of Information Technology)". We discussed technologies in HealthCare with the speakers Wojciech Rafał Wiewiórowski and Ewa Dąbrowska-Górniak. Our speakers and entrepreneurial guests held panels about start-up founding and the impact of new technologies on our personal lives now and in the future.

2011, Opalenica
The 9th Annual General Meeting took place in Opalenica near Poznan on 10-12 June 2011. The meeting was dedicated to the "Preparations of Poland for the European Football Championship 2012". Ten panel speakers participated to the event to discuss the selected theme. In continuation to the previous meeting, panel presentations of several YPIN members were held.

2010, Lochow
The 8th Annual General Meeting of YPIN took place in Lochow on 18-20 of June 2010. The official guest of this year’s AGM, Mikolaj Dowgielewicz, the state secretary for EU matters, gave a short speech on main issues of the Polish presidency in EU. Also a new Council of YPIN has been created, which main task was to reflect on the situation of YPIN and prepare changes to the statute.

2009, Sterdyn
The 7th Annual General meeting took place in Sterdyn. The invited speaker, Michal Szczerba, Member of Polish Parliament gave us a brief comment on the works of the Polish-Georgian Parliamentary Group and Georgian situation. We also focused on getting to know each other better and thus we had a panel presentation of various YPIN members.

2008, Ciechocinek
The 6th Annual General Meeting was dedicated to getting to know each other better and to presenting members’ interests and exchanging opinions on various, mostly European, topics. The network has been growing and it was necessary to reflect on our achievements and the challenges which were facing us.

2006, Poznan
Ex-Prime Minister of Latvia, Valdis Birkavs, together with the then Polish Ambassador in Germany Andrzej Byrt honoured the 4th Annual General Meeting.

2004, Wroclaw
At the 2nd Annual General Meeting the Speakers were Henryka Bochniarz, President of the Polish Private Employers Confederation „Lewiatan” and Rafal Dutkiewicz, governing mayor of the city of Wroclaw.

2003, Cracow
Under the auspices and in the presence of the then Polish Minister for European Affairs Danuta Hübner and Gesine Schwan, former President of the European University Viadrina, Candidate for the German President, the founding assembly of "Young Polish International Network" took place in Cracow. 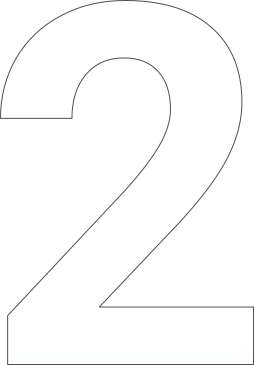 YPIN enables its members’ active participation and input in the activities of other organisations of comparable character. The Group has reciprocal invitations to events with the Tönisteiner Kreis. Individual members initiate thematic events and discussions for other members. Recent examples include: the development of a future vision for Polish-German relations, environmental challenges, an education initiative for a structurally disadvantaged region in Poland as well as an landscape architecture project in Warsaw commemorating the German-Polish partnership. 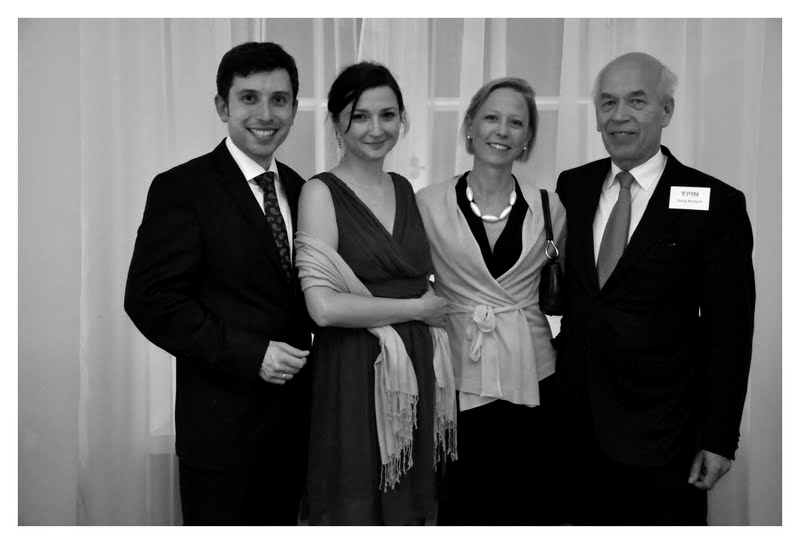 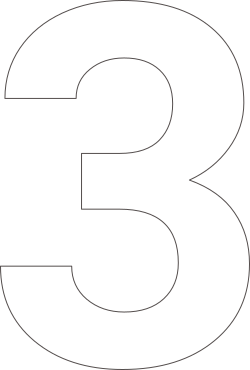 Twice a year, YPIN organizes recruitment seminars in Falenty, at the outskirts of Warsaw.
People recommended by other YPIN members or individuals cooperating with our network fulfilling the formal conditions are invited to these seminars.

So far, out of more than 1338 applicants, 720 candidates who complied with the formal pre-conditions were invited to take part in one of 33 weekend selection seminars in Warsaw. The seminars featured discussions and debates in German, English and Polish. Among the Speakers, we hosted politicians, entrepreneurs, journalists, industry representatives, academics and public officers. Out of 720 invited candidates, 238 (October 2019) have become YPIN members.

The next recruitment events will be held in in the regional chapters. The Board will prepare and run meetings, invite special guests and select the candidates according to their contribution to discussions and their social skills.

If you are interested in joining us, send your CV in English to candidates<@>ypin.pl and we will contact you.
Below you can find more about the Falenty recruting proportions in 2018: 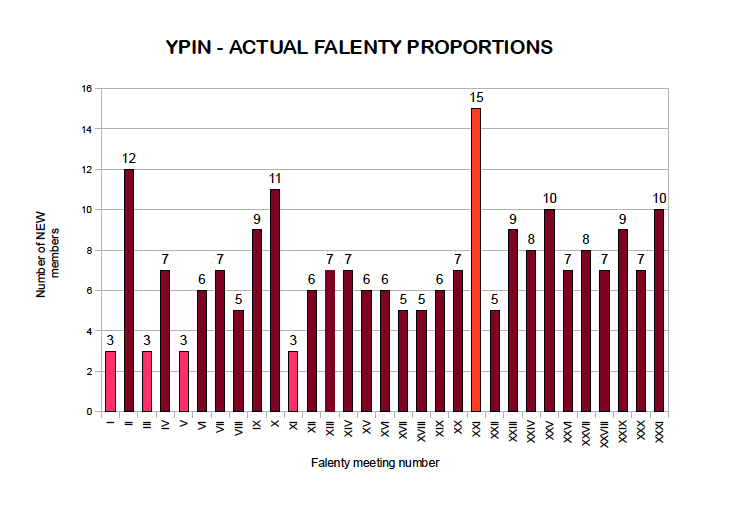 Our members organise seminars, lectures, study tours, luncheons and parties for others in their respective regions.

YPIN is present and active in Poland, Germany, Switzerland, Austria, Belgium as well as other European and Asian countries. The biggest regional groups reside in Warsaw, Berlin and Munich. Regional Coordinators supervise and organise group activities. 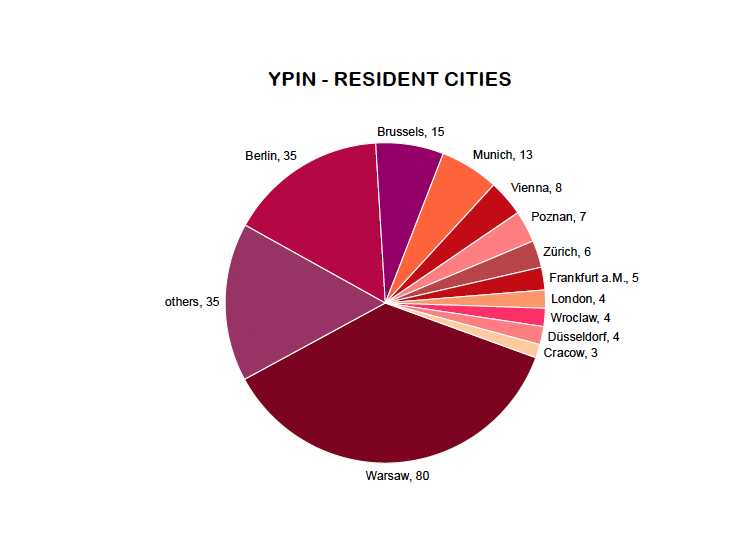